Back in 2002 I was on holiday in Las Vegas. I’d packed fairly light, as is usual, but needed some shoes for going out. I ended up picking up a pair of Steve Madden Roloo’s, which initially, I wasn’t overly fussed about.

They sat fairly low around the ankle and initially felt like they were going to slip off. Completely unfair to compare them to trainers, but that’s all I had with me. 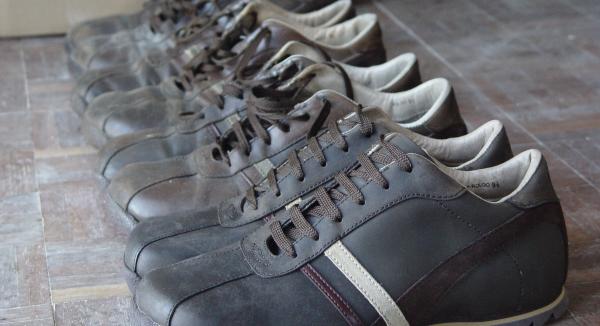 But after a very short run-in period, they became my absolute favourite shoe of all time. Molded to my feet, were dressy enough for me (I do smart casual at best!) and I thought they looked good.

A few years later though, and my pair were looking rather tatty. Ended up finding a few pairs in a clearance sale in the States, but the shop only delivered State-side. So I got a mate in New York to forward them on for me.

Ten years on, and I’m probably half-way through my third pair, with just one pair remaining. It’s got me wondering, what will I be wearing when I’m 50?

« Ubuntu to the rescue
When people 'borrow' your images »