I used to sail a fair bit when I was a child living up north. Just little P-class or Optimists, but it was a lot of fun and something I’ve missed since.

Lately, though, I’ve started thinking more and more about taking it up again. It’s a little hard to sail in Cheltenham, being so far away from water, but I’m looking at returning to Auckland soon and if there’s something Auckland has a lot of, it’s boats. 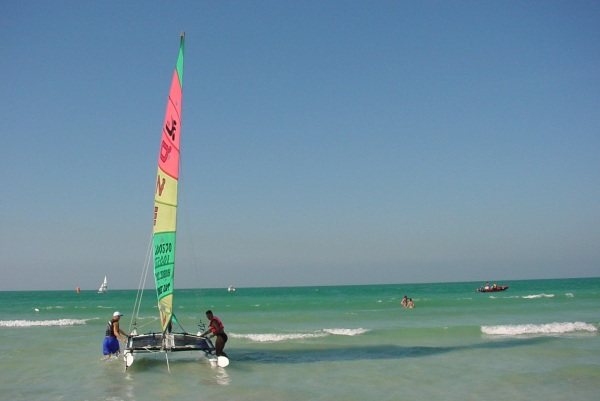 For now, I’m just voraciously reading as much as I can get my hands on. Accounts of sailing, like Paul Lutus’s Confessions of a Long Distance Sailor, RYA manuals and I’ve ordered Seidman’s “The Complete Sailor”.

Once back in NZ, I’m hoping to get some experience crewing if possible. Maybe just hanging around a marina, offering to lend a hand at anything. See what happens.

I’ve also got a few brains to pick. I know a good few people who’ve been keen boaters and while I’ve heard a lot of the stories already, I expect to be a little more purposeful in my questioning and listening this time.

It’s been on my mind for a while now. But one of my mates has just left the rat race to go cruising around the Med on his boat. We worked together briefly for the Olympics, but were so busy, didn’t really get a chance to catch up. And it’s probably that fact alone (being so busy) which has been the catalyst for me wanting to make this dream become a reality.

So many dreams, only one life. But that’s not to say I can’t keep picking them off one at a time…

« Dusting off my maths skills
The end is in sight »